In this OSRS Between a rock quest you are helping a dwarf called Dondakan, who is trying to access a legendary gold mine south of Keldagrim, but with no success. Dondakan has been trying 18 years to crack open a rock that seems to be impervious to any material that he’s tried on it. Convinced that solving the riddle of the rock will lead him to unimaginable wealth.

Requirements For OSRS Between a Rock Quest

The requirements for this quest are the completion of the Dwarf Cannon and Fishing Contest quests. Also, you need to have 30 Defence, 40 Mining, and 50 Smithing.

Items For OSRS Between a Rock Quest

Start the quest by going to the Keldagrim mines which can be found north-east of Rellekka, the easiest way to get there is by using the fairy rings. Enter the cave and you will see two statues with another cave entrance, go inside that cave and talk to the Dwarven Ferryman.

He will ask to take you on a boat trip across the river, if you have a ring of charos (a) equipped you can ride for free or you can pay him two coins. After crossing the river via the Ferryman, follow the path to the east and around the rock wall until you reach Dondakans Rock.

Talk to Dondakan and ask him “Why are you firing a cannon at a wall?” then “So why were you trying to get through the rock again?” and “Sounds interesting!”. Return to the other side of the river, talk with the Ferryman to take you across the river.

When you are on the other side run west to the Dwarven boatman and talk with him and say “That’s a deal” and “Yes, I’m ready and don’t mind it taking a few minutes”. Then you will see a cutscene and choose talk option two “Yes, I will do this”.

Next, go to the trading consortium on the west side of the river and go to the anvil. Talk to the engineer inside of the room, he will tell you to speak with Rolad located in the eastern building at the Dwarven Mine entrance camp next to Ice Mountain. teleport to Falador or the Monastery and walk the distance, or take the mine carts located in the southeastern portion of Keldagrim for 150 coins.

Once you are at the Dwarven Mine you will see two houses, enter the eastern house (the one with the beds in it), and talk to Rolad. He will ask you to find the pages from a book giving you information about the rock.

Search For The Pages

Use the ladder nearby the camp and climb down to enter the mine. This is the complete list of how to get all three pages:

First Page – by killing scorpions in the southeastern area of the mines.

Third Page – by mining most ore rocks inside the mine. (Mining Adamantite rocks and Coal do not work.)

Return to Rolad when you have found all three pages, and he will give you the Dwarven lore. When you have the choice, lie to him and keep it. Read the book, and keep it for later (If you need a cannonball mould, purchase it from Nulodion in the western house next door to Rolad).

Go back to Dondakan using one of the methods first used to reach him and speak with him until you get a short cutscene where he kicks the rock to no avail. He then tells you that he wants a material that is stronger than runite and granite.

This is where your gold bars come in handy. Go to any furnace with your gold bar, ammo mould, and make a golden cannonball. After that, you will need to go back to Dondakan, use a gold cannonball on Dondakan and say “Yes, I’m sure this will crack open the rock”.

The next step is to make a golden helmet and to collect four schematics, the first is given to you by Dondakan. The second schematic is given by the Dwarven engineer you spoke to earlier back in Keldagrim, head to the anvil on the western side of the city, and talk to the engineer to get the second page.

While you’re here you can make your golden helmet, just use your gold on the anvil and make a golden helmet. Make sure to bank the golden helmet before you get the other pages, as it is very heavy and will bring your run energy down very fast.

Go to the small bar area, and speak with Khorvak. He will ask for a dwarven stout. You can take one off the table and give it to him, or refuse and enjoy a funny piece of dialogue about RuneScape and alcoholics. Either way, you will receive the final schematic.

Once you have all schematics, click ‘assemble’ on the one Dondakan gave you. You will be shown all schematics, but they will not make any sense. What you must do here is move the schematics one by one so that they fit with the original schematic. Select and show one at a time, rotate and move them to fit. It may be easiest to use the human stick figure legs, torso, and head to position each of the pieces correctly.

This part should be quite simple. Be aware that even if you move the pieces in the correct relative position, you might need to select them all and move them together to the correct position on the screen. Once you put them all in place, the screen will show: “That’s it! It all makes sense now! If you were a dwarf, that is…“.

Travel back to Keldagrim, bank, get your combat gear, a pickaxe, and equip the golden helmet and go back to Dondakan with the schematics and the items needed to kill the level 75-125 enemy. Once you are ready, ask Dondakan to shoot you into the rock.

To fight the Arzinian Being of Bordanzan, you will need to mine at least six gold ore. Mining 15 pieces of gold is highly recommended as this will lower the combat level of the boss from 125 to 75. When you have your gold walk east until you see the blue flames, left-click on the flames to jump through them.

Then go talk to the second set of flames and the fight will start, he will attack with Magic, Melee or Ranged, whichever is the natural weakness to your strongest on the combat triangle. You can use Prayer for an easy fight, the spirit shouldn’t take too long to kill.

If you are close to dying in the osrs between a rock quest, you can take your gold helmet off, which will teleport you outside of the rock, next to Dondakan. When you have defeated the spirit, you will be teleported back out of the rock. Speak to Dondakan to finish the quest.

Rewards For OSRS Between a Rock 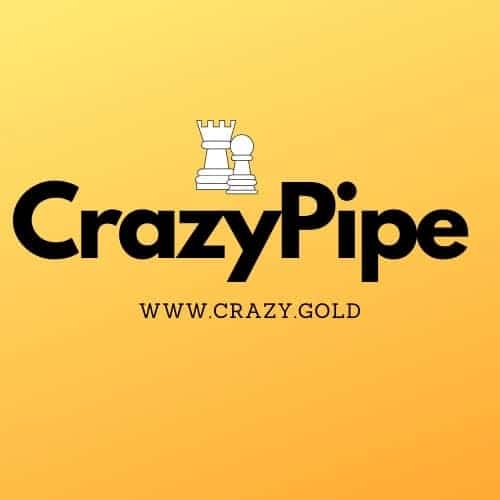