The Mourners are a collective of elves and humans who have joined the Prifddinas Death Guard. Arianwyn the leader of the rebel elves settlement of Lletya is very suspicious of the Mourners and he thinks that they are planning something. Are you capable enough to gain the trust of the Mourners and find out the truth?

The quest requirements for the OSRS Mourning’s End Part I quest are the completion of Roving Elves, Sheep Herder, and Big Chompy Bird Hunting quest. Skill requirements are:

Go talk to Eluned, she is teleporting between the magic trees outside Lletya and the clearing north-east of the Tyras Camp. You might have to wait for her to appear. She respawns every 4 minutes, but if you don’t want to wait just world hop until you find her.

After you talk to Eluned, she will lead you to a new elven village called Lletya. Then talk to Arianwyn and he will tell you that the Mourners in West Ardougne are elves from the capital city, and it’s your job to uncover their evil plot. He will also tell you about the elves crossing the overpass of Arandar. You’ll also get a teleport crystal that teleports you to Lletya for up to three times.

You’ll be able to enter and exit the city at will by passing some strange looking trees in the south-east area of the forest. Go to the entrance of Arandar and go inside to kill a level 11 Mourner near the gate. He immediately will throw a potion at you that will reduce all of your Combat stats including Hitpoints to 20.

The Mourner will not spawn if your health is below 20 as you approach the gate. After he dies, take his gas mask, bloody mourner top, damaged mourner trousers, mourner boots, mourner gloves, mourner cloak, and mourner letter. Now you will need to repair and clean them before they can be worn.

Repair And Clean The Gear

The first thing you need to do is to restore your stats that the Mourner drained, you can do that by going to the Ferox Enclave FFA portal using a ring of dueling or use your ornate pool. To remove the bloodstains from the top, go to Taverley. Talk to Tegid, who is doing his laundry by the lake.

He will tell you about his special soap, which he won’t let you have. Steal it from his laundry basket. With that and a bucket of water, wash the bloodstains out. Now that this is done use your crystal to teleport back to Lletya and go to the clothing shop.

Inside the shop talk to Oronwen and give her two silk and one bear fur, followed by the damaged trousers. While you wait you can buy from her all the dye you need for the quest (red, yellow, green, and blue) assuming that you don’t have them already. She will mend them and give them back to you.

Before continuing with the quest, it will be good if you go to the bank and deposit your weapon because in West Ardougne you can’t have any weapons besides the Mourner outfit.

Make your way to West Ardougne, go to the most northeastern building, equip all the six Mourner pieces. Also, unequip your jewelry because it’s not allowed to wear them inside. Head to the northwestern room in the building and open the trapdoor to climb down.

He will tell you that he hates having his feet tickled and loves toad crunchies, and when you get to the five talking options select the third option. Use your feather on him to tickle his feet, then, do it again and bribe him with the crunchies. After you get him off the rack, he will ask you for a piece of soft leather and a magic log.

The gnome will use the items to repair the device, which looks like a bazooka. Use a ring of dueling to teleport to Castle Wars and run south along the coastline, then west. Near the swamps, you can find toads. Use each of the dyes on the empty bellows, and use the dyed bellows on a toad to get a toad of each color.

Go north of Ardougne to the colored sheep. Use the colored toads on the launcher to load it. After loading the toads, go to Combat Options (crossed swords tab). Choose “Aim and Fire”. Find one, aim at it with its respective color, and press FIRE! You need to color all the four flocks of sheep in different colors.

Successfully firing at one of the sheep will coat the entire flock. If you are having trouble hitting the sheep, switching from Resizable Mode to Fixed Mode may solve any issues you encounter.

Head back to the Mourner HQ and talk to the Head Mourner, he will tell you that the people have stopped getting ill from the plague you made during the biohazard quest. But someone poisoned their stew and the Mourners have started getting sick, so he will ask you to get a non-lethal version of the plague.

That way you need to make the poison and then poison two out of three food sources. Go outside of the Mourner HQ and then run to the western side of the fence, on your mini-map you will see a red dot next to another house. That red dot is a rotten apple on the ground, take it and run to Elena’s house.

Elena’s house is located in the north-west of East Ardougne, the nearest to the log balance shortcut. Talk to Elena and she will tell you how to make the poison after you tell her the entire plague city storyline. Elena will automatically take the apple from your inventory and give you a sieve.

Next, travel to the Apple Orchard, located directly west of the Combat Training Camp, and east of the southern entrance to the Tree Gnome Stronghold. Pick up a barrel (located right next to the rotten apple piles) and use it on the Rotten Apple Pile.

You now need to add a solvent to make it nonlethal and undetectable. Take another barrel from the apple orchard or Tyras Camp, and use it on the coal tar swamp in the elf kingdom to get a barrel of coal tar. Then, get about 10 – 15 regular coal and go to the Chemist’s house in Rimmington.

A simple step-by-step guide for this part is:

Mixing The Naphtha With The Apples

There is also one in the south-west part of the main square in Ardougne. Alternatively, the range in the Mourner HQ could be used. You will then get two toxic powder heaps.

Use these on two of the grain sacks in West Ardougne, either in the general store in the south-west corner of the city, the church, or inside the office north of the manhole. Go back to Essyllt.

He’ll tell you that their plan is to go into the mountains and use the plague victims as slaves to help them dig into a temple that will make it easier to resurrect a Dark Lord. After talking to Essyllt, head back to Lletya and talk to Arianwyn to complete the quest. 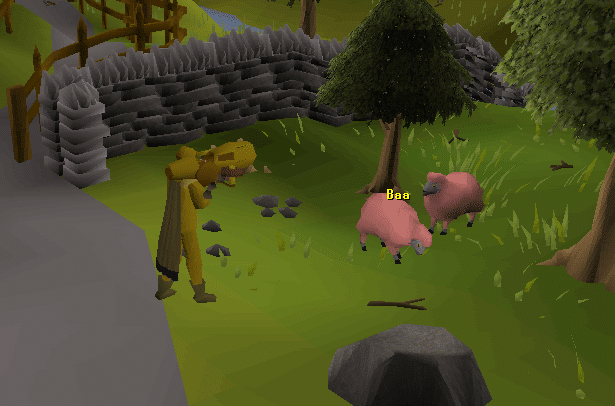